We make artisan quality SuperFood, in small batches, with the cleanest, freshest ingredients on Earth!

Inspired by a life-long passion for health and nutrition, Derek Van Atta, the creator of Sarvaa Superfood, is living his commitment of promoting optimal living and vitality!

In his senior year of High School, Derek suffered from severe digestive tract issues which forced him to begin learning about physiology and nutrition. And with this new knowledge, he began eating better and feeling much better! He was quickly hooked by the benefits of learning about "food as medicine" and how empowering it was!

So off he went to college to study more. After two years of studying Nutrition Science in college in Northern California, he moved back to Colorado and got a job in a health food store. Within a few months he was promoted to General Manager and he got more inspired about the amazing interplay between human nutrition and how powerful it was to eat well to avoid ailments and have more energy, mental clarity, and optimal well-being!

A couple of years later, he moved back to Northern California and spent three years as a monk in a small Yoga Community where he learned the value of meditation, yoga and the day-to-day spiritual practice of "service to others." He also learned a great deal about Ayurveda, the surprisingly sophisticated science of health and herbal medicine from ancient India. This course of study gave him a life-long fascination with the phenomenen of how Western Science gradually confirms many of the ancient practices that have worked for humanity for thousands of years.

Fast forward a few more years and you'd find him working crazy hours in a small start-up he co-founded in Silicon Valley. Being a visionary person and someone who is not afraid to pioneer new ideas, he and good friend opened the first ever all-Apple computer store in the world. They worked hard to be "in service to others" even in the context of Silicon Valley. They never spent money on advertising, yet grew rapidly due to word-of-mouth. Eventually the one tiny store grew into a chain of ten stores throughout the Bay Area. Within another couple of years, Apple Computer themselves decided to copy Derek's successful idea and Apple opened their first Apple Store. And now Apple has stores all over the world!

There's more to the story of his time in Silicon Valley than we have room for here, but one final anecdote may be relevant. As this business grew to over 150 team members, he continued to feed his staff free healthy lunches every day even when the company went thru terrible financial hardship due to a huge slump in the computer industry. And remember, this was 20 years before it became popular to provide free healthy food, ala companies like Google etc.

Power of Food: He says his commitments to healthy food and meditation were put to the test by the intense pace of "Silicon Valley". These were the days before the term "SuperFood" had been coined, but he continued to study all aspects of the so-called Health Food Movement, from raw foods, to macrobiotic cooking. One theme that always fascinated Derek was the notion that there were certain unique foods that were the equivalent to a race car. Meaning foods that possess a super high "power-to-weight ratio", i.e. ultra-nutrient-rich without any excess fluff.

The intensity of life in Silicon Valley required a similar intensity in his personal exploration of nutrition, yoga, meditation and exercise. He says, "Whenever I got lazy with my diet or other healthy habits, I suffered immediately". The improvements in daily well-being that Derek experienced whenever he fed his body these superfoods, inspired him to develop his own superfood recipes.

Some of his early Superfood concoctions may have been nutrient-dense, but they tasted a lot like dirt. He loves to tell the story about one particular Sunday morning when he made a huge green smoothie for his  two young sons. They took one taste, put the glasses down and quietly but forcefully said, "Dad, we don't want pond-water for breakfast. We want pancakes!" Needless to say, he went back to the "drawing board" humbled and inspired to do better.

Sarvaa Begins: Thus began the next chapter, which was all about how to make these incredibly healthy blends actually taste good enough for people who are not health food fanatics! “Sarvaa’s vision is to support your life with powerful, balanced, affordable and easy superfoods so that you can optimize your unique contribution to life on Earth." Over the last 25 years, Derek has continued to read as many of the leading-edge studies he possibly could.

In addition to devouring the best studies, Derek also explored the great healing traditions from around the world. Some of these include: Naturopathic Medicine, European Herbal Medicine, the holisic healing system from India known as Ayurveda, the cutting-edge practices within Functional Medicine, the ancient and modern principles of Chinese Medicine, and also a little bit of Central American shamanic practices. Currently, he continues to research and refine formulas that blend these diverse healing modalities into revitalizing foods in a balanced and flavor-enhancing way.

Derek often says, “The palette of superfoods and tonic herbs are my art form. I love mixing the best quality, most nutrient-rich foods from the various dietary and healing practices throughout the world! I love finding the great synergies of combining various foods and herbs into potent, tasty, and easy-to-use creations!"

Commitment to Excellence: It's not always easy holding to the extremely high standards of sourcing ingredients that Derek requires of us here at Sarvaa Superfood. Sometimes the best ingredients are coming from very small farms that are growing exceptional quality herbs in very small batches and we can barely get enough for the growing demand. He also requires that everything we offer at Sarvaa is Vegan, Low Glycemic, Gluten Free, GMO Free, Paleo Friendly, Keto-Friendly. And at least 97% of our ingredients are Certified Organic. The exceptions being ingredients we source that exceed the diluted USDA Organic standards.

For example, we'll choose vibrant, Wild-Crafted Blueberries that are twice as nutrient-dense, and contain less sugars than the cultivated organic blueberries. And we'll pay twice the price for these Wild Blueberries to support the practice of Ethical Wild-Crafting. Same goes for a couple of other ingredients that are always better when Wild Harvested.

He says, "Whenever possible, I want everything from Sarvaa to be delicious, therapeutic, and ready to eat in two minutes or less. I love it when we can make some of these esoteric ingredients more accessible to people who normally prefer more mainstream foods. For example, I absolutely love the synergistic benefits of blending cacao, supergreens, adaptogens, and easy-to-digest proteins into amazing and delicious meal-replacement powders  that anyone can feel benefited by in a relatively short period of time! I sincerely hope that Sarvaa Superfood products enhance your life in some way. And that whatever way we've helped you live a better life will ripple out in wonderful and amazing ways from you to others!"

Love Your Body! Love Everybody!

Joshua Hoffman is the bright light that spins around the Sarvaa workspace on a continual basis and keeps everything in working order. From production to shipping to assisting with the content that you read on the Sarvaa emails and blog posts, Joshua is the "kingpin" and the "hub of the wheel" at the center of everything happening at Sarvaa. In his quiet, understated way, he gets a phenomenal amount done everyday with no fanfare.

When problems arise, and things get crazy in our supply chain or some other issue, Joshua just calmly finds the solutions with no drama whatsoever. And that sets the standard for the rest of us. No drama, just lot's of love and creativity!

He's not only great at staying on top of the latest nutrition trends, Joshua is invested in the aspects of health and well-being that aren't always "hot" but remain vital to living optimally. Always a student and a teacher simultaneously, his knowledge about the ways to decrease inflammation and boost immune system efficiency are top quality in the industry.

Joshua is a bastion of higher consciousness, a self-aware man who holds balance between two worlds: at once organized, driven, and meticulous, and also artistic, a photoshop "whiz", a photographer, and highly skilled musician that plays many instruments well, and is an exceptional singer-songwriter.

Joshua is too humble to tell you himself, so we'll say it for him, check out his terrific indie album on Bandcamp under his musician name, Joshua Polestar. The album is named: Teach Me How.

Having Joshua as the General Manager of Sarvaa Superfood is a blessing, not just for the people who work with him, but to you the customer because of the standard of quality and love that he pours into his work. 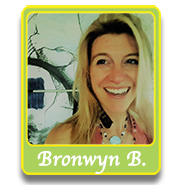 Bronwyn Beatta expresses her joy for Sarvaa Superfood by collaborating with her co-workers to produce the most accurate information possible on the Sarvaa website. A translator and creator at heart, her passion is that you have a full understanding of the pure goodness that you are investing in when you bring Sarvaa into your life. As a copywriter and editor for the company, her words show up in our blog posts and in our product descriptions.

A great deal of her nutritional knowledge has come from being exposed to different schools of thought, from Ayurveda to traditional Chinese Taoist and Buddhist diets. She also greatly values the intrinsic knowledge that her body shares with her every minute of every day! Throughout her co-evolution with Sarvaa Superfood, Bronwyn has learned even more about optimal health and glows from the inside out when she gets to share how exceptional eating habits and having a joyful outlook have shifted her life into an upward spiral. Staying in a golden state of mind as often as possible, her creativity shows up in the written word, abstract paintings, and in human connections. She is thrilled to thrive with you!

Heather Hinsley has extensive experience in the creation of food as art and medicine. Her passion for sharing the love and healing nature of food began when she was a chef for the New Ol' Time Chautauqua Vaudeville Circus, traveling throughout the Northwest and Alaska in the late 80's and early 90's. She then took her adventure to the world of Art Education, receiving an interdisciplinary degree from Western Washington University. Over thirty years of Culinary Arts experiences, she later evolved combining her passion for food and art into her vision called, Edible-Art, where she used food as a medium of creative expression and as a way to share the healing power of food, art, and connection.

Twice approached by Food-Network to appear on a variety of their chef competition shows, she has allowed food, medicine, and art to mature her into a master artist, humble "celebrity" chef, and proud mother.

"It's very simple: Sarvaa Superfood is encouraging the well being of people through Love. Love your body, Love Everybody.” - Derek Van Atta -

If you have questions about how we can help you perform at your optimum,